Easter eggs – the tiny secrets of the computer world

You might have heard of Easter eggs before in the context of computer games (and, actually, more serious programs as well), but what are they really?

In short, an Easter egg is a small hidden part of a program placed there as a surprise. It can be an image, a joke, maybe a character from another game; or it could be a bigger thing, like an entire secret level. You can also find Easter eggs in other media: movie DVDs might have contain hidden features, and even comics and films can have secret messages hidden away for those who are sharp and knowledgeable enough to spot them.

The concept of an Easter egg originally comes from folk traditions surrounding the Christian holy day of Easter. Eggs, often intricately painted ones, are a part of various Easter celebrations, and one of these is the Easter egg hunt: real or chocolate eggs are hidden inside or in the garden, and children scramble to find them first. Computer Easter eggs, similarly hidden small features, were named after this traditional activity. 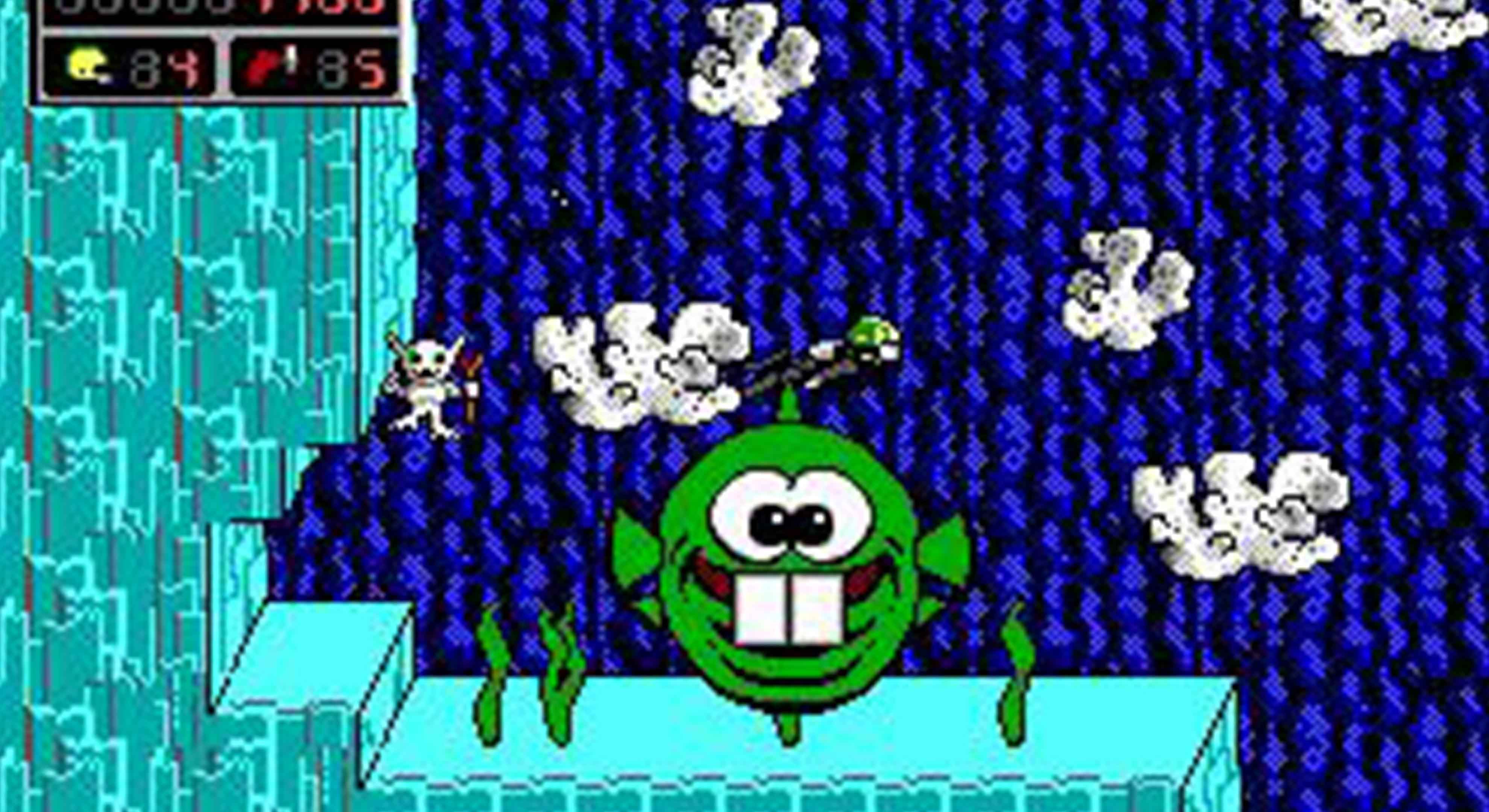 Big-toothed Dopefish first appeared in the 1991 game "Commander Keen in Goodbye, Galaxy", then became one of the gaming industry's biggest inside jokes with over a dozen hidden appearances in other games.

The first known computer Easter egg was hidden in large mainframe computers in the late 1960s, and a few computer games also had some during the 70s. The idea to name these secrets Easter eggs, however, dates back to 1980 and the game Adventure for the Atari 2600 console. At the time, the owners of Atari Inc. did not allow their programmers to be credited in the games they made. This was done partially to prevent rival companies from finding out who made some of the best games and luring them away from Atari, and partially to prevent game programmers from becoming "famous" and asking for bigger salary. Many programmers, including Adventure's creator Warren Robinett, strongly disagreed with this management decision, and he decided to do something about it. He programmed a secret into the game: if the player performed certain specific actions, he or she would find a hidden room in the game, where the phrase "Created by Warren Robinett" was displayed. Since the room was hidden, Robinett's bosses only found out about it after some dedicated players did. Robinett's boss thought such secrets were actually a good idea, as it encouraged players to play the games even more to find them, and started encouraging his team to include similar tricks, now called Easter eggs. 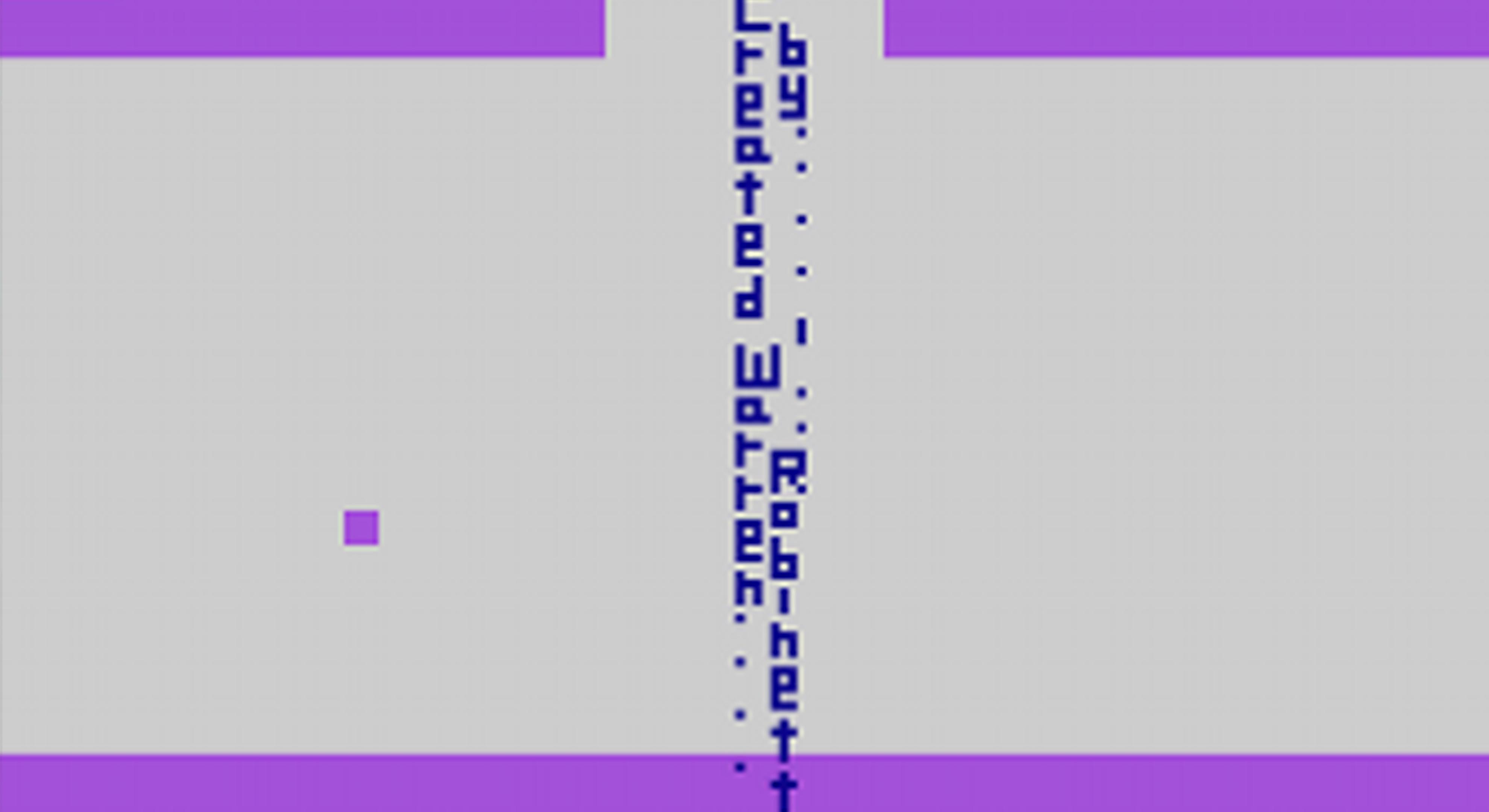 The secret room and message in Adventure, the first computer game Easter egg to be actually called such

The genie was out of the bottle, and more and more games started including Easter eggs, and even serious programs sometimes had a few. Excel 97 had an entire (if rather simple) flight simulator game hidden in it, which could be activated by a series of specific actions and entering a complicated code.

Google is particularly well-known for having a lot of Easter eggs, which you can usually find by simply entering the correct phrase as a search. To see just a few of these, try Googling for "do a barrel roll", "pac-man", or "minesweeper". Or, for a non-Google example, go to YouTube, start playing any video, type in "awesome" on the keyboard, and check out the video's progress bar.

If you read Logiscool's newsletter articles, you're probably (at the very least) aware of the vastly popular game Minecraft, since we offer many different Minecraft-themed holiday camps and workshops, which teach children digital literacy and programming in a playful way. Minecraft has a number of fun and imaginative Easter eggs hidden in it, but many of them are only available on certain dates or times of the year (such as Halloween or Christmas), or only existed in certain older versions of the game. But here's one you can always check out: get a name tag item, give it to a sheep, and name the sheep "jeb_" (without the quotation marks) to make it rainbow colored.

And with that, Logiscool would like to wish you a happy hunt for (computer) Easter eggs!

Digitalization
Children in the digital forest - pioneers or lost?
Nov 11, 2021 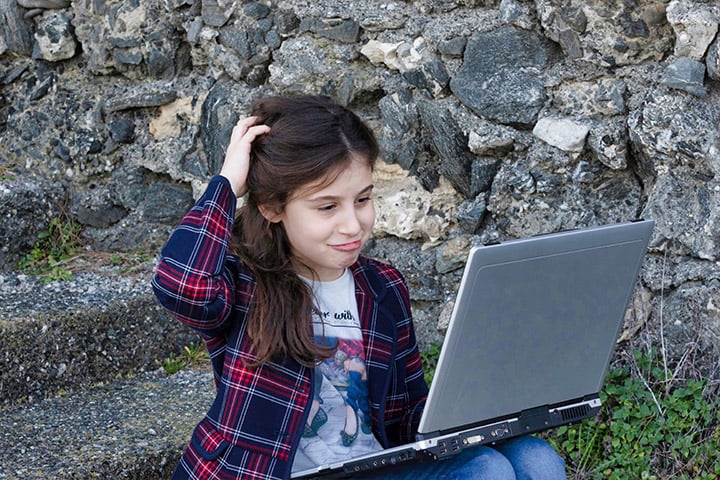 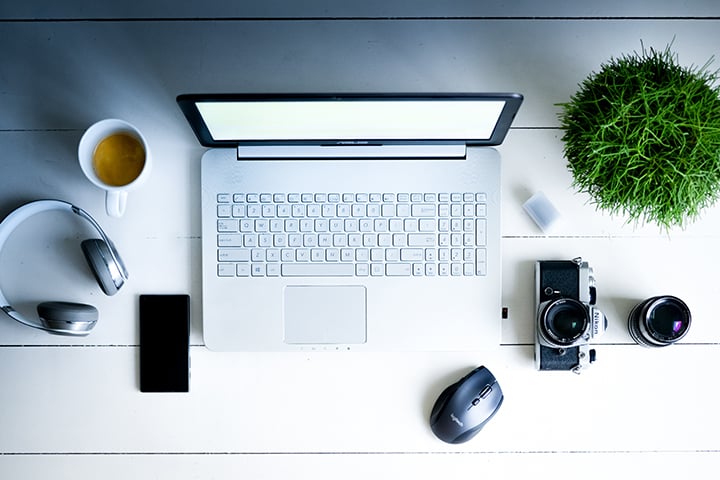 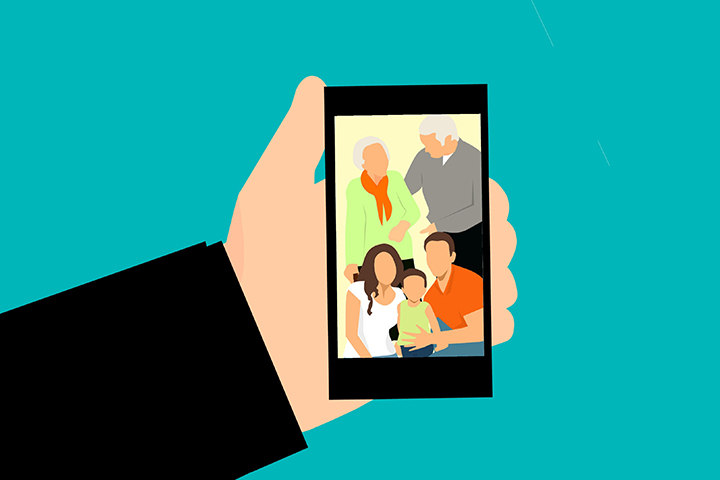